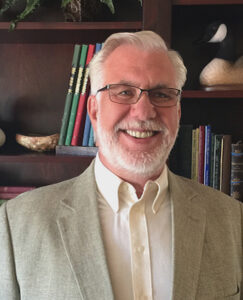 Patrick Wood is a leading and critical expert on historic and modern Technocracy, Transhumanism, Sustainable Development. He is the author of Technocracy Rising: The Trojan Horse of Global Transformation (2015) and co-author of Trilaterals Over Washington, Volumes I and II (1978-1980) with the late Antony C. Sutton.

Wood is an economist, financial analyst and lecturer who has studied elite globalization policies since the late 1970’s. An expert on the elitist Trilateral Commission and their policies and achievements in creating their self-proclaimed “New International Economic Order” recently referred to as the “New World Order” by several world leaders, Patrick Wood is a frequent speaker and guest on radio shows around the world. His current research builds on Trilateral Commission hegemony, focusing on Technocracy, Transhumanism and Scientism, and how these are transforming global economics, politics and religion. Click website for more information.

In sum, the central banks of the world have revealed that they are 100% complicit with the United Nations’ economic system known as Sustainable Development, aka Technocracy; the Bank for International Settlements has been recognized by a major financial publication as a “bastion of global technocracy”; and individual central banks are reinventing themselves to complete the transition to the new economic system.

Technocracy is upon the world. It is not driven by citizens, but rather by the same global elitists who have been pushing for it for several decades. As such, it is a huckster operation designed to ultimately twist the natural resources of the world out of the hands of citizens and nations, and into the coffers of the elitists. – Patrick Wood